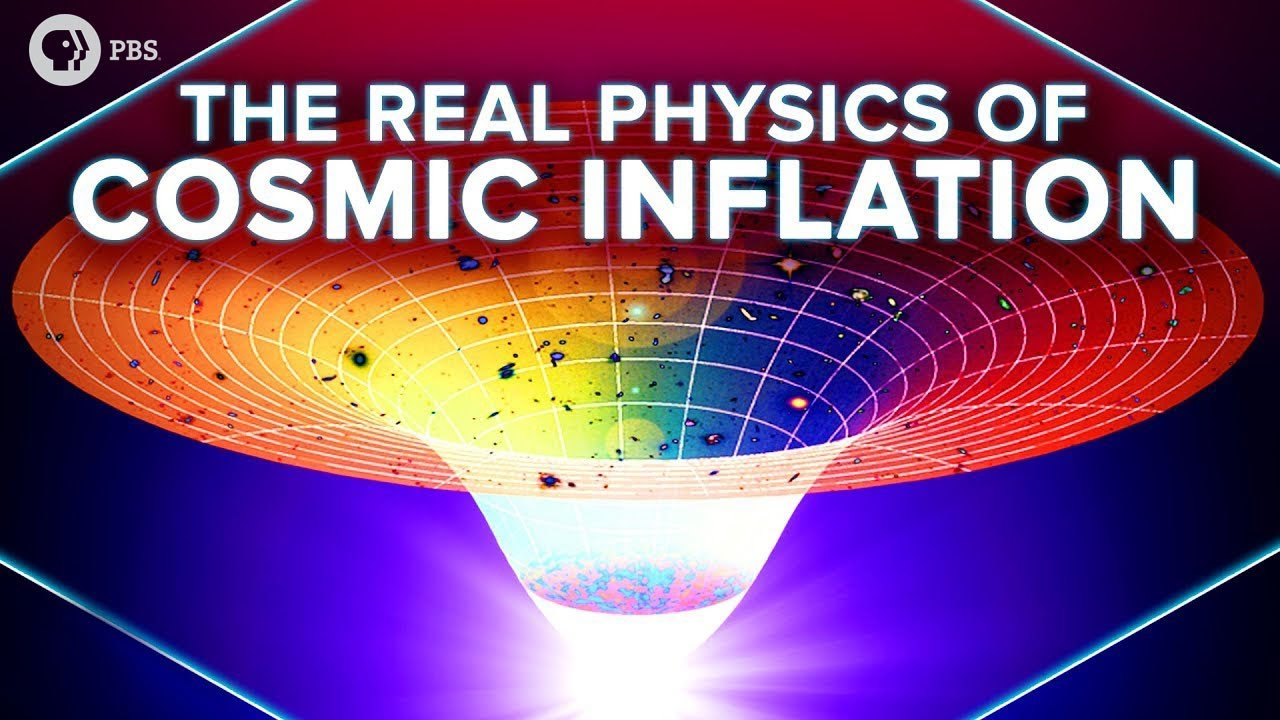 Every astronomy textbook tells us that soon after the Big Bang, there was a period of exponentially accelerating expansion called cosmic inflation. In a tiny fraction of a second, inflationary expansion multiplied the size of the universe by a larger factor than in the following 13 and a half billion years of regular expansion. This story seems like a bit of a … stretch. Is there really any mechanism that could cause something like this to happen? What what we’re covering today – the real physics of cosmic inflation.

Most cosmologists buy some variation of the inflation hypothesis. It seems to very neatly solve some of the biggest questions in cosmology. Those being: why is matter and energy so smoothly spread out across the entire observable universe? And why is the geometry of the universe so flat? Neither should be expected unless the universe expanded much more rapidly early on. We explored these problems in an earlier video – worth a look if you really want to get inflation. Another problem fixed by inflation is the absence of magnetic monopoles – strange particles predicted to have been produced in the early universe. We’ll come back to those another time.

Why You Shouldn’t Deal To The First Ace To Pick The Dealer In Poker
KISS THIS HYPERLIP — LÜT #56
The Power of Practice: Lessons From 10 Years of Pushups | Emily Saul | TEDxBoston
What If Humans Disappeared?
If